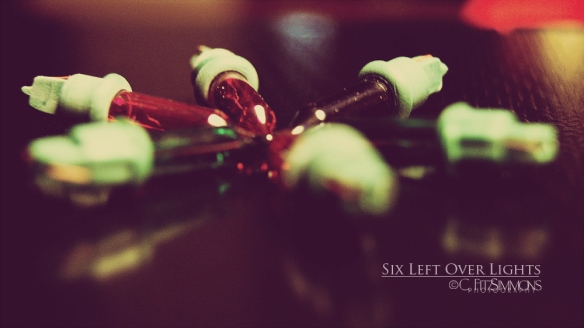 When I was one,
I had just begun.
When I was two,
I was nearly new.
When I was three,
I was hardly me.
When I was four,
I was not much more.
When I was five,
I was just alive.
But now I am six,
I’m as clever as clever.
So I think I’ll be six
now and forever.
•••
I felt very lazy today camera wise.  Every time I thought about finding my Six for the day, I thought, “Nah!  Later!”  Well, Later kept coming and going until I finally had to tell Later to just stop for a few minutes so that I could get my work done.  Later obliged and here are Six Left Over Lights.
Advertisement

Talk to me! Cancel reply